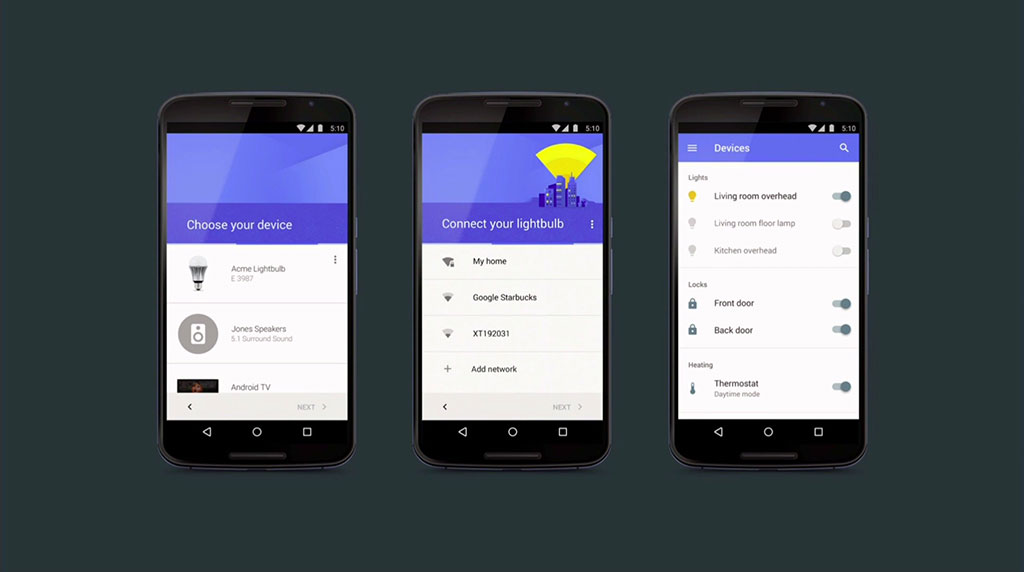 Google knows exactly how to make your day. Be it the delightful doodles frolicking around your home screen or reading your mind when you are browsing. Helping you find your ways through those crowded roads or playing the hidden zerg rush. This time, Google rose up again to heal some of its old wounds ( read Android@Home of 2011 ) and own the day with two of its announcements- new IoT operating system, Brillo, and a new common language for connected devices called Weave.

The news of Google launching Brillo is intriguing for two reasons. One. It’s name. The name Brillo, in reference to the scouring pad used for cleaning dishes with a tagline “Now that’s brilliant” , was chosen because Google has stripped away and polished Android down to a smaller, more flexible size. Two. It tells us that Google hasn’t given up on its IoT dream yet.

There were chirpings from the Nest that Google is up to something and they very well turned out to be true. These projects were spearheaded by Nest, maker of a smart thermostat, which was acquired by Google for $3.2 billion in 2014.

Brillo designed especially to be lightweight, taking up very little memory, which is perfect for smart home devices that you control via a web interface, like locks, refrigerators, and climate control systems.

Weave was described as a communications layer for IoT devices. Weave provides a common language and vocabulary so that IoT devices can advertise their capabilities to other devices on the same network and expose the different functions that they offer.
Brillo will become available to developers in Q3, while the Weave protocol will be ready in Q4. Till then, all hail Google and its determination!
Share
Print page
2 Likes